MU2 Ira "Ike" Schab was in Band 13 aboard the USS Dobbin in Pearl Harbor when our country came under attack on December 7, 1941. His family is asking for help to allow him to return for this year's Pearl Harbor Day ceremonies.

They've created a GoFundMe page, hoping to raise $3,000 to help cover expenses for the trip from the mainland. Ike is 102 years old and will need family and caregiver support for the journey.

He's been back to Pearl before: the video clip below shows Petty Officer Schab conducting the Pacific Fleet Band. The trip was important to Ike and his family and equally so to the members of the Pacific Fleet Band. If you've ever had the honor of meeting an MU who was in Pearl Harbor on that Day of Infamy, you understand the meaning of the term "living history lesson."

You can help our shipmate return to Pearl Harbor one more time by visiting this GoFundMe page. 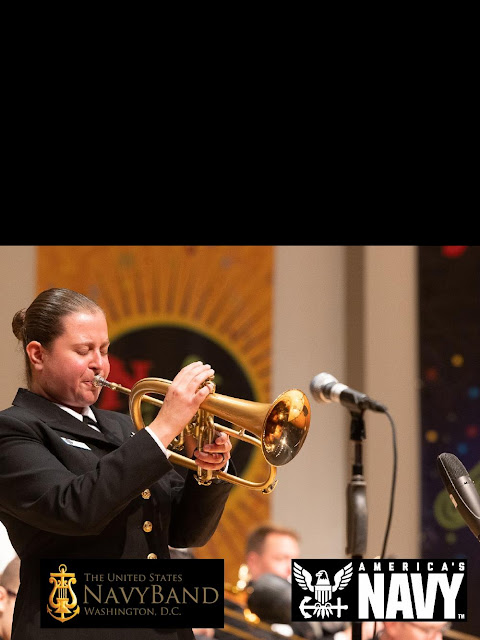 If you happen to be in Virginia Beach....
Monday, October 3, 2022 at 12 P.M.
US Navy Commodores concert and clinic
Joint Expedionary Base Little Creek Gator Theater 3504 Gator Blvd. Virginia Beach, VA 23459.
Clinic and concert are free and open to the public.
Evening concert at Kellum High School.
For more information or base access, call 757-462-3452 or email navsom_info@navy.mil

Some members have received fake emails purporting to be from other members. of the NMA. This is a sign that phishers, ne'er-do-wells--whatever you want to call them--are harvesting email addresses from the online roster.

We've temporarily shut the roster down, to prevent further abuse while we evaluate the security and general availability of the roster.

The Concert Band of the NMA 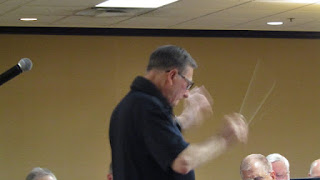 At our last reunion, Wilbur Smith retired as conductor of the NMA Concert Band and handed the baton to Ray Ascione. This year, Ray took up his duties and led the band through four days of focused, productive rehearsal, culminating in a Friday-night concert that was varied, entertaining and, to be sure, patriotic. As an example of the volunteerism underlying this year's reunion, Ray didn't just lead the band; when our guest conductors, Peter Graves and Frank Mullen, stood at the podium, Ray sat in the saxophone section.

After an evening of marches, Broadway medleys, seafaring favorites, and new arrangements, the concert concluded with Carmen Dragon's arrangement of America, the Beautiful.

As is noted elsewhere, this small reunion brought out numerous volunteers on secondary instruments. Perhaps it was this spirit, in addition to the quality of the music, that led many in the audience to remark that the 2022 concert was the equal of any in the band's history. 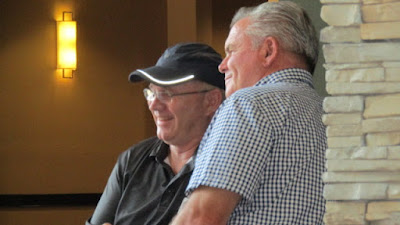 Nowhere do the responsibilities of creating a successful reunion fall more heavily than on the shoulders of President Dwaine Whitham (l) and Reunion Coordinator Carl Gerhard (r). While the members of the Board of Directors pull on various the oars to propel a reunion forward, these two gentlemen remain always at the helm. Dwaine and Carl have earned our gratitude. 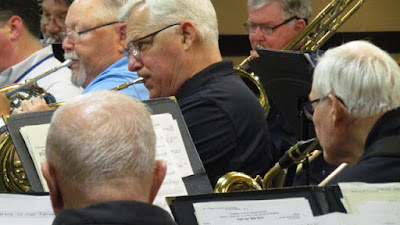 Here we have trumpeter Don Keller in the horn section. Don is only one of many shipmates who performed on  secondary instruments so our smaller-than-usual concert band might enjoy a full-sized sound. 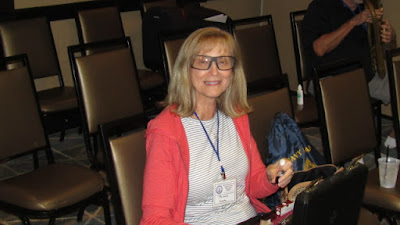 At our first rehearsal, vocalist Melanie Leketa volunteered to fill out a short-handed clarinet section. When sufficient clarinetists had arrived, Mel shifted to the short-handed percussion section.

You Can Count on the NMA

You can count on it: count off a tune and you'll get Count Basie.

Plain and simple: we're the MUs.
Membership in the NMA is open to everyone who has served as a United States Navy Musician, whether as a one-hitch seaman or a 30-year captain. If you have worn the lyre, the rating badge of the U.S. Navy Musician, you are eligible to join the Navy Musicians Association.

2022 Reunion Coverage is available at:

Read this important message from our president: 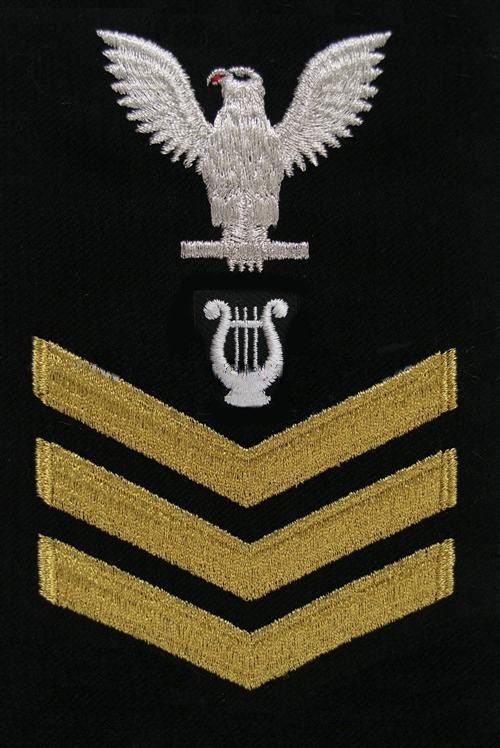 Searching for information about a Navy musician or band? Visit the In Search Of... page.